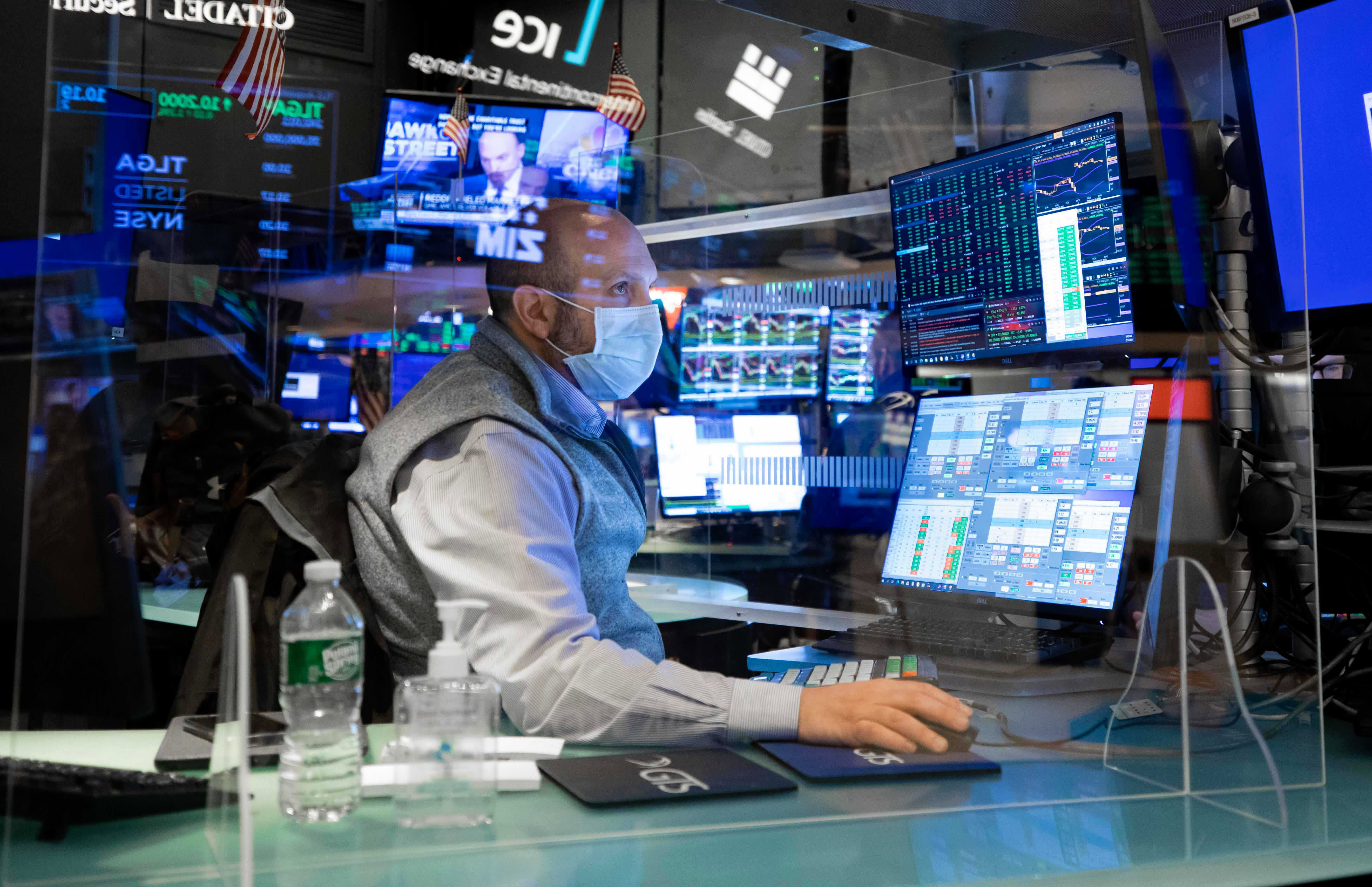 Shares of Alphabet surged more than 7% in premarket trading after the technology giant reported 23% revenue growth and topped estimates for earnings.

Amazon reported earnings nearly doubled Wall Street estimates, while delivering its biggest revenue of all time at $125.56 billion, pushing it past the symbolic $100 billion mark for the first time.
The ecommerce leader also announced that Jeff Bezos was stepping down as CEO. Amazon’s stock edged 1.3% higher in premarket trading.

Stocks rallied for the second day on Tuesday, with the Dow Jones Industrial Average gaining more than 475 points for its best day since November. Investors returned to buying equities after the Reddit-fueled action that shook markets last week. The Dow is up 2.35% this week.

The S&P 500 has climbed 3% in the past two days and the Nasdaq Composite has jumped more than 4% this week.

After a meteoric, albeit seemingly synthetic rise in GameStop last week caused by a short squeeze, shares have cratered more than 70% this week. Other Reddit trades have also come back down to Earth amid trading restrictions from major brokers. GameStop dipped slightly in premarket trade on Wednesday.

“The best way to describe today’s stock market action is ‘reversing the Reddit revolution,” Jim Paulsen, chief investment strategist at the Leuthold Group, told CNBC. “What went up with GameStop, came down with GameStop.”

“From mid-day Jan. 28 to the end of Jan. 29, cyclicals including technology got pounded while defensive sectors outpaced. Over the last two days, and particularly today, this was reversed,” added Paulsen.

Investors are also monitoring negotiations in Washington surrounding another stimulus package. President Joe Biden met with the 10 Republican senators on Monday to discuss an alternative, smaller aid proposal to his $1.9 trillion package.

Private payroll data from January is released at 8:15 a.m. on Wednesday from ADP. Economists polled by Dow Jones are expecting private-sector jobs grew by 50,000 in January, compared to the loss of 123,000 in December.

Subscribe to CNBC PRO for exclusive insights and analysis, and live business day programming from around the world.

China’s Covid lockdowns are having a lessening impact on the economy for the first time since early October, according to Nomura.

These are the stocks posting the largest moves in after-hour trading.

These are the stocks posting the largest moves in midday trading.