Bitcoin tumbles. Down over 10% on the day

HomeCryptocurrency NewsBitcoin tumbles. Down over 10% on the day
/ off
/ CSFX

Bitcoin tumbles. Down over 10% on the day

Bitcoin falls back below its 200 and 100 hour moving averages

The price of bitcoin is on the moved to the downside once again. The digital currency is now down over $4000 and over 10% on the day. The the low price just reached $34,500. 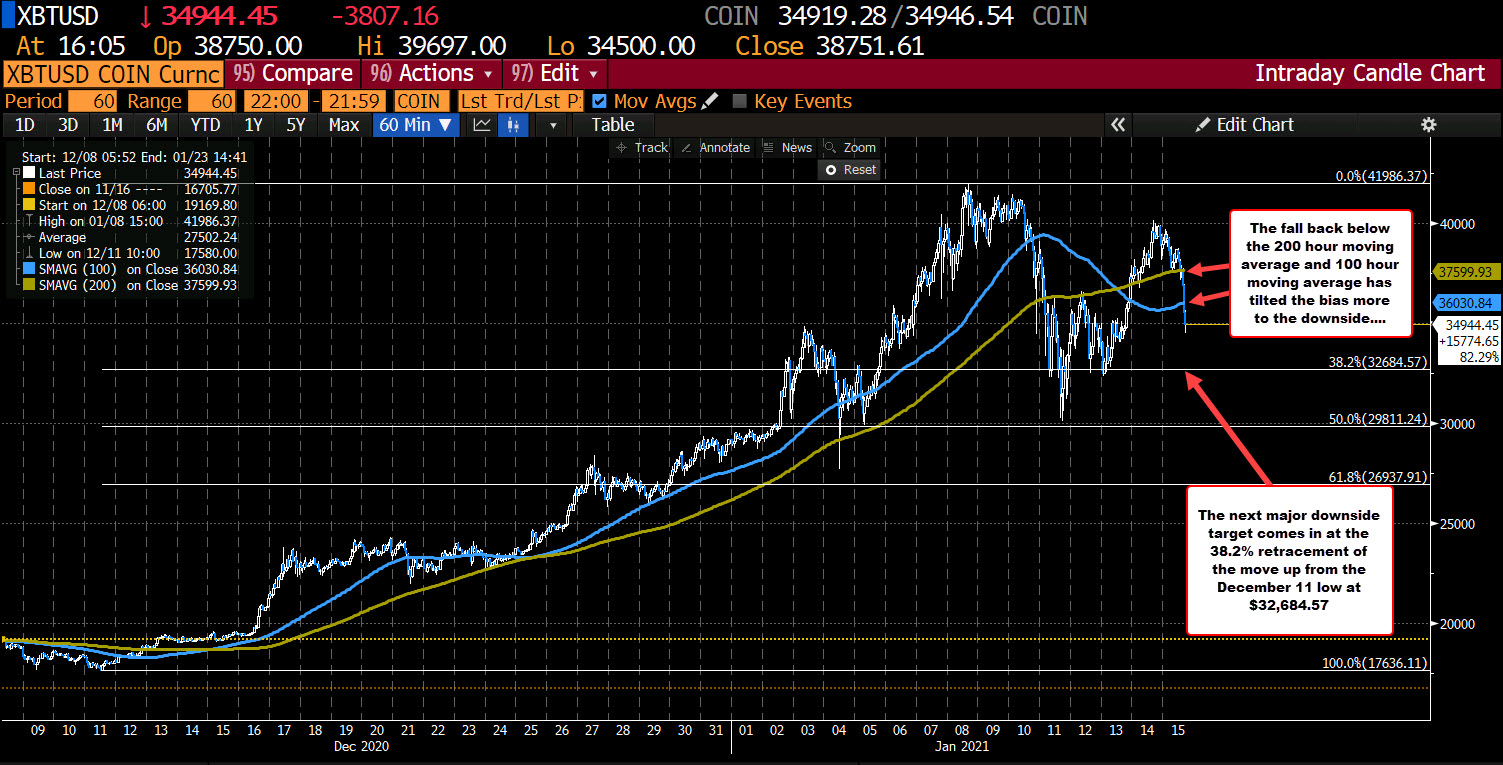 Looking at the hourly chart, the price has accelerated to the downside after breaking back below its 200 hour moving average at $37,599 and then its 100 day moving average at $36,030.  Stay below those levels tilts the bias more to the downside from a technical perspective. The next major downside target comes in at $32,684.57 where the 38.2% retracement is currently found (there were lows near that level on Tuesday and Wednesday).

Bitcoin continues its wild swings between $29-31.5K. By the end of the day on Tuesday, it had moved sharply back to the upper end of the range, but Wednesday began

High risk warning: Foreign exchange trading carries a high level of risk that may not be suitable for all investors. Leverage creates additional risk and loss exposure. Before you decide