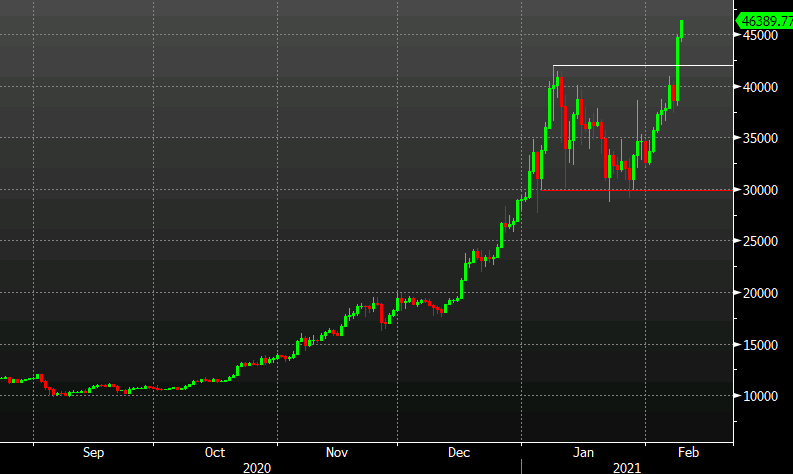 Bitcoin is in overdrive today after Elon Musk put $1.5B in Tesla money into it. That’s after he wrote in December that: “Bitcoin is almost as bs as fiat money.”

Evidently he had a change of heart. He’s also been inexplicably (and irresponsibly) pumping Dogecoin, which has gone on its own run.

In any case, the mania is back on.

It might not take long as Novogratz and all the usual permabulls tossing out ever-higher targets. Anyone heard from John McAfee lately?

Invest in yourself. See our forex education hub.

Bitcoin continues its wild swings between $29-31.5K. By the end of the day on Tuesday, it had moved sharply back to the upper end of the range, but Wednesday began

High risk warning: Foreign exchange trading carries a high level of risk that may not be suitable for all investors. Leverage creates additional risk and loss exposure. Before you decide