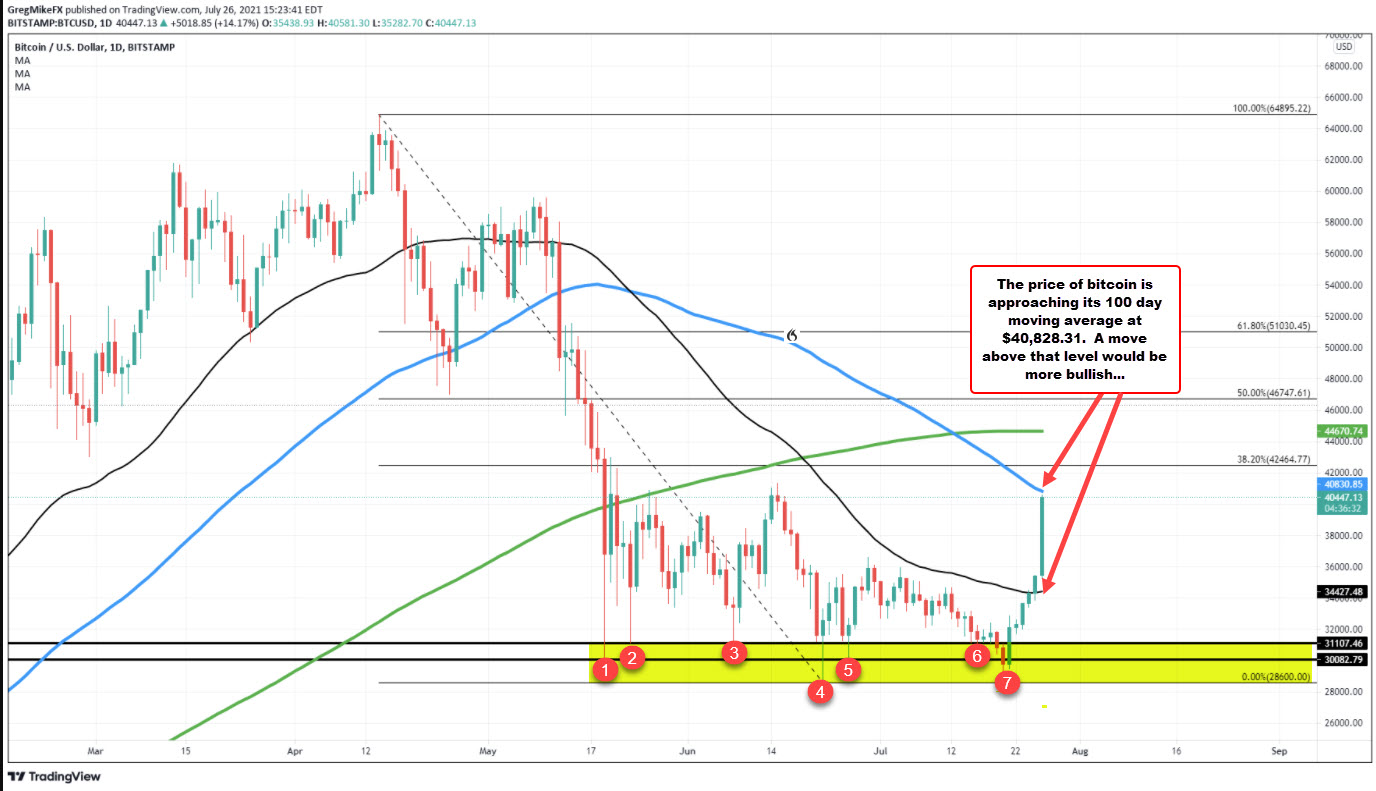 The gains today were help by chatter that Amazon was toying with the idea of accepting bitcoin. That got the ball rolling moved, and the squeeze has been on since then.

Technically, the price did also move above its 50 day moving average yesterday (at $34,422.39).  That helped to tilt the bias more to the upside after consolidation near low levels going back to mid June. That floor area came between $28,600 and $31,107  Since breaking above that area on Wednesday last week, the price has been higher for six consecutive days.

A Tuesday announcement from the US Treasury Department – it’ll sanction a cryptocurrency “exchange” (website) for its alleged role in laundering ransoms for cyberattacks. Posting this in case you hadn’t seen it – link to CNBC here Treasury alleged that the crypto exchange Suex “has facilitated transactions involving illicit...

A cryptocurrency data network that is controlled and run by a network of some big US finance industry playerslost its shitshowed a massive plunge in BTC. Displayed the price of the coin dropping to $5402 a roughly 90% plunge This pricing did not show up on other platforms (because...

Bitcoin is getting hit lower

HIGH RISK WARNING: Foreign exchange trading carries a high level of risk that may not be suitable for all investors. Leverage creates additional risk and loss exposure. Before you decide to trade foreign exchange, carefully consider your investment objectives, experience level, and risk tolerance. You could lose some or...